History of the Local Area 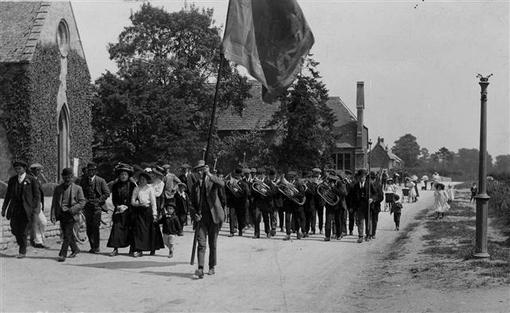 The Parish of Aston lies in the flood plain of the River Thames. All the settlements of the parish, Aston, Cote, Chimney and Shifford were established on gravel terraces which drained well. There is Iron Age evidence of settlements in the parish and also Romano British archaeology, but the first documented mention of Aston comes in a charter of 958. The origin of the name Aston is East Tun, meaning a settlement east of Bampton.

Bampton was an important town providing local government and church to the surrounding area. Indeed Aston did not have its own church until 1839. However there was a strong Baptist community in the parish. This was based at Cote, where in 1704, a  Baptist Chapel was bult.

In 1553 Thomas Horde bought the manor of Aston and Cote. The Horde family, who owned Cote House, were Lords of the Manor and principal land owners.

The land at Cote and Aston was farmed in an open field system with its strips, commons and hay meadows. The agriculture was regulated in an unusual way. It was the responsibility of the Sixteens, a body of 16 inhabitants who were elected annually at Aston Cross.  In  1836 Caroline, the last of the Hordes died and the lands owned by the Hordes passed to the Hippisley family who lived at Lambourn

In 1855 the open field system ended, larger fields replaced small strips and the new fields were drained by ditches and new water- courses. The common land was fenced and in private ownership.  New farms were constituted and allotments and a recreation ground were established in order to compensate for the disadvantages of enclosure. In the same year land was given for a school by the Hippisleys, which opened in 1856. After the enclosure of 1855 a brickworks operated and some existing houses and farm buildings were made of Aston brick. Older houses in the parish are built with Cotswold stone and many were roofed with Stonesfield slate.